For the second year in a row, Manchester City enters the Premier League season looking to defend its league title.

After last season's historic title race, it proves that every point matters and no Matchweek can be taken lightly.

With that in mind, we're highlighting the biggest Manchester City home matches on the calendar for the 2019-20 season. 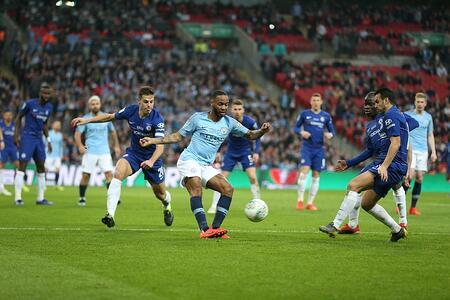 Manchester City opens up its 2019-20 campaign at the Etihad Stadium against a familiar foe in Tottenham.

Spurs stumbled to the finish line last season, earning only four points from their last five league fixtures. City got the better of Tottenham in both league meetings last year, toppling Spurs 1-0 in each fixture.

With manager Mauricio Pochettino still at the head of the club, Spurs finally splashed some cash during the break — revamping their midfield by signing Lyon center mid Tanguy Ndombélé to a club record transfer fee of £56.5 million. With Ndombélé's predicted production in the centre of the pitch, plus continued contributions from the likes of Harry Kane, Son Heung-Min and Lucas Moura, Spurs are geared up for another title chase this year.

While injuries have prevented Tottenham from being at full strength for much of the past two seasons, this match taking place on Matchweek 2 promises that both Spurs and City will be bringing their best 11 to the Etihad Stadium.

Only six teams were able to take points off Manchester City in the league last year and one of those sides were newly-promoted Wolverhampton.

The two sides played out a 1-1 draw in Matchweek 3, making Wolves the first team to steal points from the eventual Premier League champions.

Even with the monumental success in their first season back in the top flight, Wolves were able to maintain most of their squad without getting players poached by other top clubs. Most notably, they signed Benfica loanee Raúl Jiménez to a four-year deal for a club record £30 million. While many media outlets had manager Nuno Santo as a contender for job openings throughout the summer, the Portuguese boss stayed put to see his mission at Wolves through. 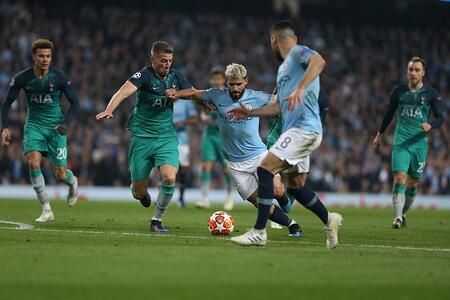 After splitting their series in 2018-19, to of last season's Top 4 teams go head-to-head once again. Chelsea will be looking for redemption after suffering a 6-0 drubbing to Manchester City on their trip to the Etihad Stadium last February.

Chelsea is now helmed by new manager Frank Lampard, who took over after Maurizio Sarri left the club to join Juventus. The Blues squad will have some new faces this season, but what will be most recognizable is the big name not in the squad. After seven seasons in West London, winger Eden Hazard joined Real Madrid over the summer. But in Hazard's place is American prodigy Christian Pulisic, the 20-year-old who signed with the club back in January.

With a transfer ban restricting them from bringing in new talent over the summer, Lampard and company will have to be creative with Chelsea's roster throughout the season. Notorious for possessing a gigantic 'loan army' over the years, the Blues have a wealth of talent that they can call upon even though they aren't allowed to sign any new players.

The first Manchester Derby of the Premier League season will take place on City's home pitch.

While Manchester United has been in an unstable state of flux since the retirement of Sir Alex Ferguson in 2013, the club is putting its faith in current headman Ole Gunnar Solskjær.

Going into this year, United have already filled one of their biggest holes. The club signed right back Aaron Wan-Bissaka from Crystal Palace for a whopping £50 million, making it one of the biggest transfer fee for a defender ever.

This will be an important fixture in an always-hectic December. City plays six league matches over the month, with the matchup against United being the highlight.

In one of the biggest surprises of last season, Crystal Palace became the only club to defeat Manchester City at home in the Premier League. The Eagles left the Etihad Stadium on 22 December with a 3-2 victory, propelled by a wondergoal from Andros Townsend, and sent City into a slump heading into Christmas.

Crystal Palace returns to the Etihad Stadium in January looking to pull of another upset results, but the Eagles will be without several of the names that they depended on in the last campaign. As mentioned above, Bissaka left the club to join Manchester United, and striker Michy Batshuayi went back to Chelsea after the completion of his loan period.

The Gunners are looking to get back into the Champions League this year in their second season under manager Unai Emery.

With the strikeforce of Pierre-Emerick Aubameyang and Alexandre Lacazette still up top, Arsenal should have not trouble putting the ball in the back of the net — but they'll need to make up for losses in the middle of the pitch. After 11 seasons at Arsenal, Welsh international Aaron Ramsey moved on to Juventus and midfielder Denis Suárez completed his loan period and was sent back to Barcelona.

Arsenal will fully entrust Bernd Leno in goal after both Petr Cech and David Ospina exited the club over the summer.

Emery is up for a tough task when he enters City's home pitch for the second time — Arsenal haven't defeated City at the Etihad Stadium since 2015.

After a historic title race that defined the 2018-19 season, Liverpool returns to the Etihad Stadium in one of the final matchweeks of this season.

Manchester City has not lost to Liverpool at home in the Premier League since 2015, but they did fall to the Reds at the Etihad Stadium in the second leg of the 2018 Champions League Quarter-Final.

Get an Official Ticket Package for the 2019-20 Season

Join Manchester City at any of their home Premier League fixtures this season with an Official Ticket Package from Wonderment Experiences. All packages include a match ticket, plus behind the scenes access to Manchester City players and the Etihad Stadium. Enjoy pre-match hospitality and other exclusive extras to take matchday at the Etihad Stadium to the next level.