The all-English matchup is set!

After a 10-2 aggregate victory against Schalke 04 over two legs during the Champions League Round of 16, Manchester City are through to the Quarter-Final and will be facing Premier League rivals Tottenham. 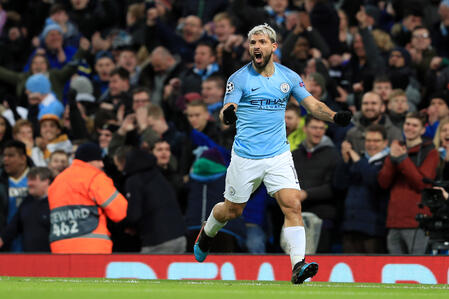 With City entering their third Quarter-Final in the past four seasons and facing a fellow English side, the demand to see them continue their European journey is higher than ever.

Instead of scouring through the market and watching the resell ticket prices skyrocket, you can secure your spot at the Etihad Stadium for the Quarter-Final with tickets directly from the main source at Manchester City. Here's how:

How to get Tickets to the Champions LEague Quarter-Final

As the Official Experience and Concierge Services Team at Manchester City, Wonderment is the best and most secure way to get tickets to Manchester City's Champions League Quarter-Final home fixture.

An Official Ticket Package from Wonderment promises a ticket to the Champions League Quarter-Final fixture at the Etihad Stadium, as well as insider access to club facilities, tours and more on matchday. 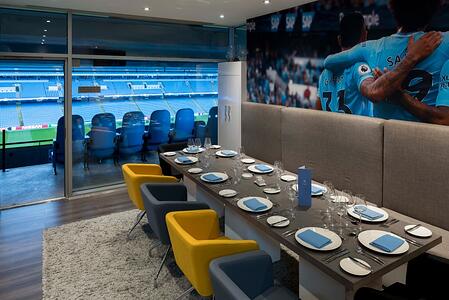 The Euro Champion Fanatic package is the Official Ticket Package of Man City's Champions League Quarter-Final match-up. This 1-Day experience brings guests to the club grounds early on matchday for a private tour of the Etihad Stadium from a Manchester City legend. The tour will bring guests to the most secretive places on matchday, like Pep Guardiola's office and the club's changing room.

Following the tour, guests are transported to the City Football Academy for a pre-match presentation from one of City's first-team analysts. This experience is completely unique to Wonderment and offers an inside look at how Guardiola and his staff prepare for a match carrying the highest stakes in European football.

The experience at the City Football Academy concludes with the opportunity to visit the First Team Building as the City players are making their final preparations before heading over to the Etihad Stadium. Once the team and staff have boarded the bus for transport, guests have unique and privileged access to see what goes into the pre-game preparation for a Champions League fixture.

Before the match, guests are transferred back to the Etihad Stadium and given pitchside access to watch as both Manchester City and their opponent warm up. This is literally the closest someone can get to Champions League football.

For the match itself, Wonderment guests have the option of three deluxe hospitality spaces to enjoy the competition from ‚Äî The Mancunian, The Tunnel Club and The Chairman's Club.

Get on the Wait List for Manchester City vs Tottenham